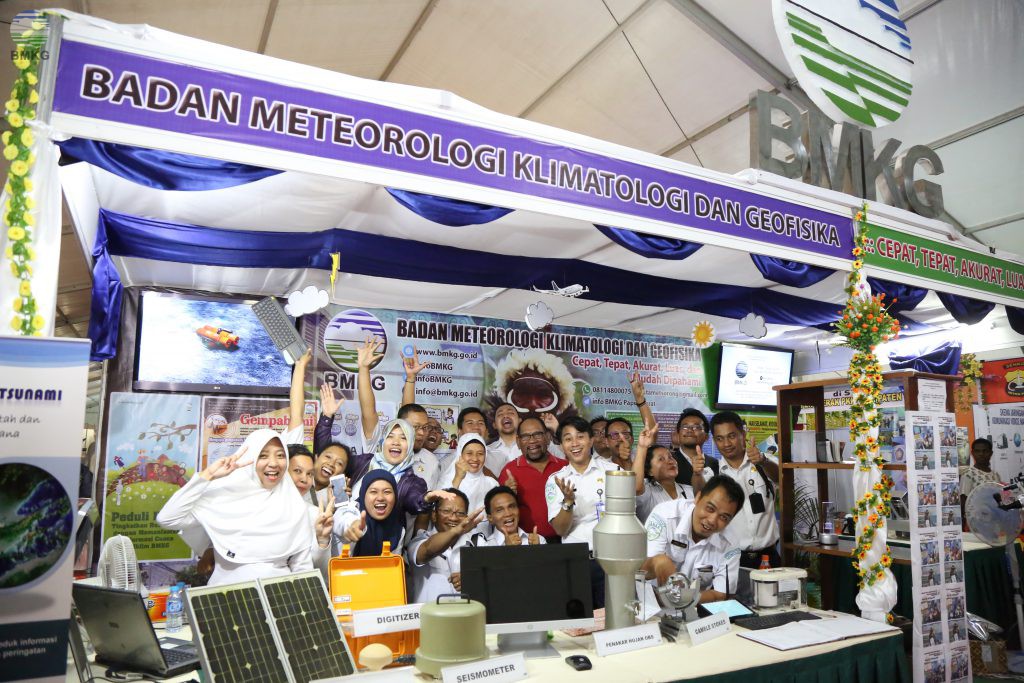 Sorong - For the fifth time since 2013, a Disaster Risk Reduction (DRR/PRB) month was organized by Indonesia's National Agency for Disaster Management (BNPB). The event this year was hosted in the city of Sorong, running for three days from Monday to Wednesday, October 23-25, 2017. The International Day for Disaster Reduction started in 1989, after a call by the United Nations General Assembly for a day to promote a global culture of risk-awareness and disaster reduction. Held every 13th October, the day celebrates how people and communities around the world are reducing their exposure to disasters and raising awareness about the importance of reining in the risks that they face.

BMKG as one of the main actor in providing disaster information joined this event to continue to disseminate information to public on disaster awareness. BMKG also continue to introducing BMKG mobile phone application to the public of Sorong. This application received a good feedback from people of Sorong. They said that BMKG's application which provides weather condition & forecast, air quality, earthquake & tsunami information, also early warnings is important for their daily life. For three days, BMKG's booth was visited by more than 900 visitors. At the end of the exhibition events, BMKG received the Best Booth Award following the awards gained from previous Disaster Risk Reduction (DRR) Week events in Manado, North Sulawesi (2016).