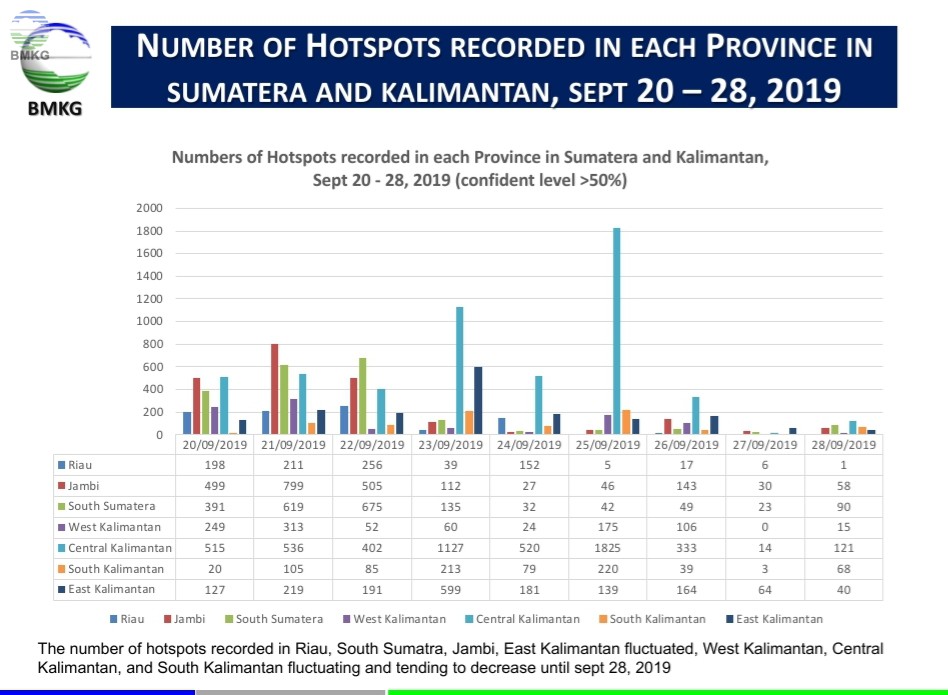 The roles of National Meteorological Services are key to inform appropriate actions before and during hazardous event, such as the recent drought-induced fires and smoke episode in the western maritime continent area. The Agency for Meteorology Climatology and Geophysics (BMKG) is working closely with partner authorities in efforts to prevent and extinguish fires and also mitigate its impacts. In the dry season which is exacerbated with a strong positive Indian Ocean Dipole mode, conditions are much dryer than usual and thus chances of precipitations are generally small and the onset of the wet season is expected to be delayed. Accordingly, prior to the dry season, BMKG monitored and disseminated the Early Warning of Drought and the Potential Forest/Land Fires by monitoring the severity of dry spells and the Fire Danger Rating System at the potential vulnerable areas. Such warning was also strengthened by the Presidential Instruction for Fire Alert and Prevention across Indonesia at the earliest stage of dry season last July 2019.

Various support is given by BMKG to assist the dedicated firefighting team on the ground coordinated by the Regional Disaster Management Board in putting out flames in fire-prone peat land areas. Real time detection of hotspots for every 10 minutes with the Himawari-8 derived Geohotspot product is continuously disseminated to the people with the task at hand. In addition to that, portable instruments for in-situ measurements of air quality indicators were deployed to the impacted regions to complement the fixed air quality stations, where the data were used for real time impact assessments and integrated with trajectory and dispersion modeling to inform the relevant stakeholders of the possible trajectory of the smoke.

Another crucial effort in mitigating the impacts is weather modification coordinated by the Weather Modification Unit of the Agency for the Assessment and Application of Technology supported by the Indonesian Army and the National Agency for Disaster Management. BMKG also plays important role to support the weather modification effort by providing critical information such as cloud growth potential map from weather forecasts, and real time satellite and radar data analyses to determine flight sorties departure and pinpoint location of cloud cells to be seeded. For this tall order, 64 sorties of flight were deployed for the weather modification and more than 77 tons of NaCl have been used since September 17 up to September 28, 2019. However, as much as 200 tons of NaCl was used by the whole weather modification activities during the last two weeks. As the results of these efforts, the number of hotspots recently reduced significantly and the air quality was improved. BMKG and partner agencies will continue to be vigilant in the efforts to prevent for the fire and smoke and to address other impacts caused by the drought condition. 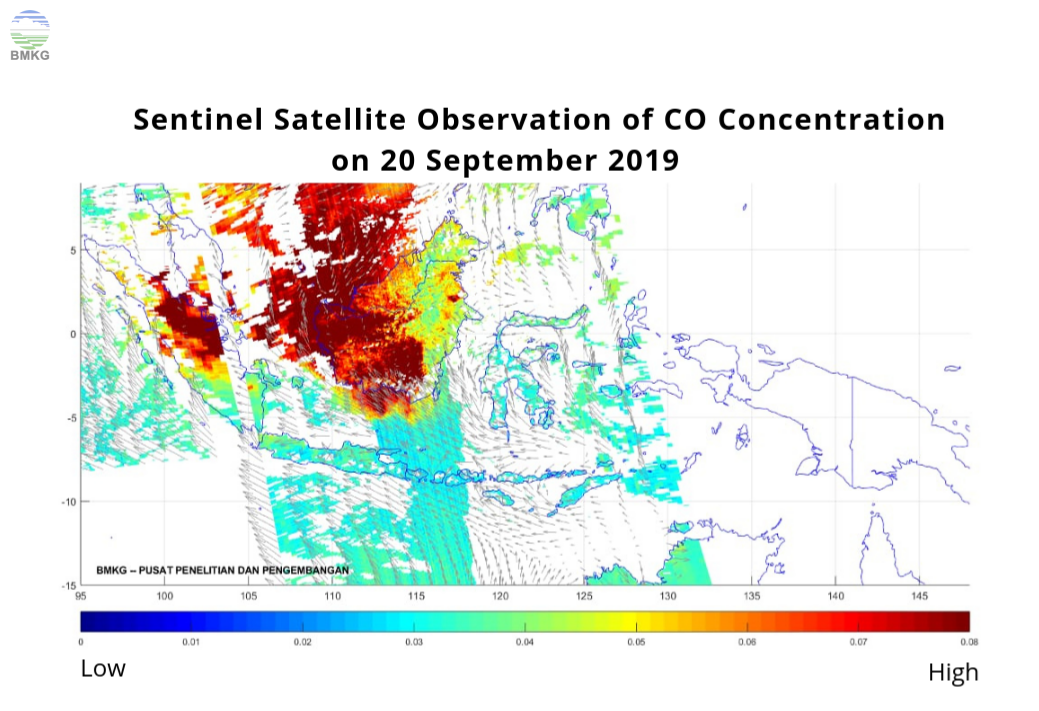 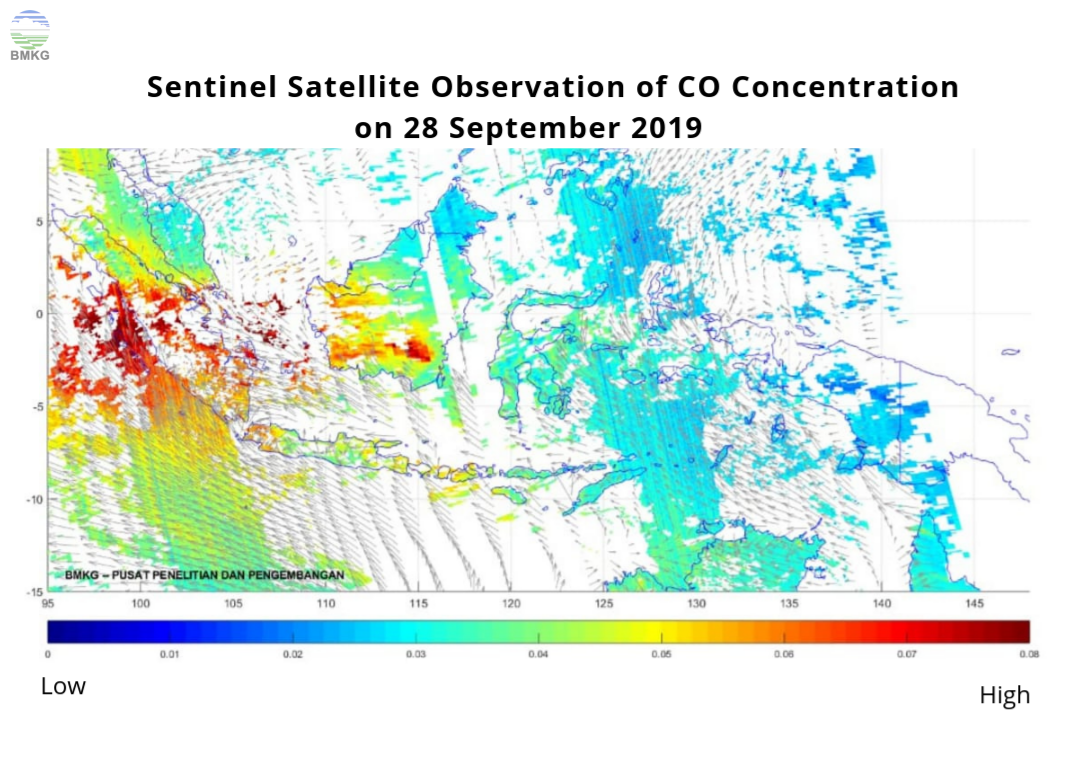