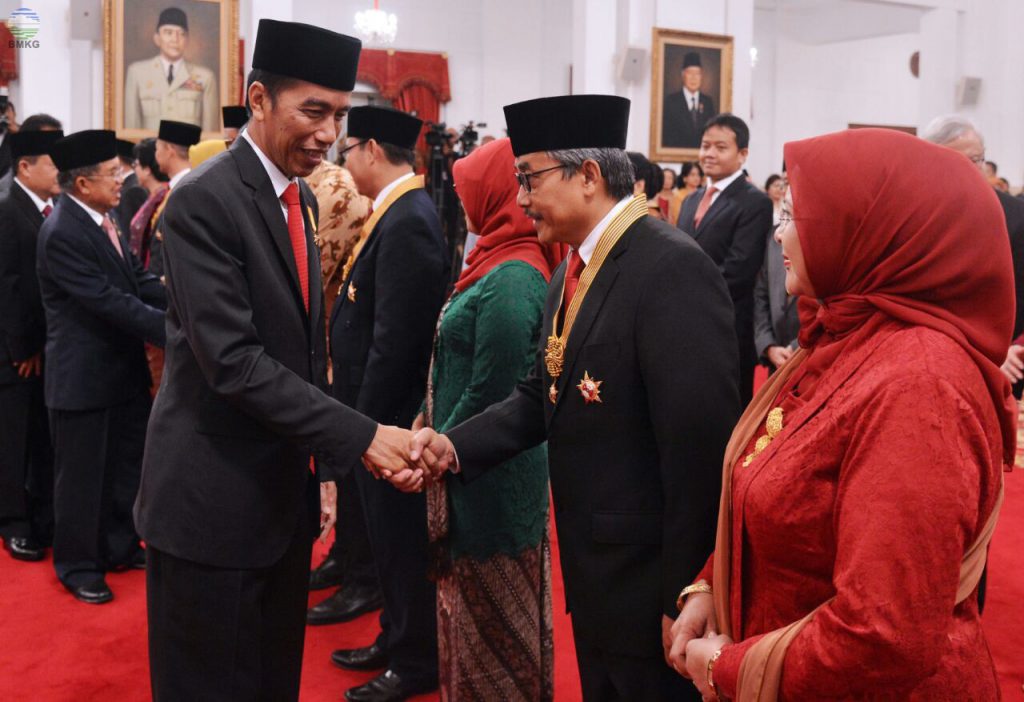 Jakarta / This year, as part of commemoration for the 71st year of Indonesian Independence Day, the Indonesian President presented nine awards (Medal of Honor) to individuals for their various outstanding contributions to the country. One of the medals is awarded to Director General of the Agency for Meteorology, Climatology and Geophysics of the Republic of Indonesia (BMKG), Dr. Andi Eka Sakya, M.Eng.

Dr. Sakya bestowed with the "Bintang Jasa Utama", one of the Indonesian highest award, for his contribution in initiating national "Open Data Policy" in Meteorology, Climatology and Geophysics by His Excellency President Joko Widodo. The ceremony took place at the Indonesian President Office, the Merdeka Palace, on 15 August 2016.

Besides that, 57 other BMKG employees were also awarded the "Satya Lancana Wira Karya" from the Indonesian President, including BMKG Executive Secretary, Dr. Widada Sulistya, Deputy for Meteorology, Dr. Yunus Subagyo Swarinoto, Deputy for Climatology, Drs. R.Mulyono Rahadi Prabowo, Deputy for Geophysics, Dr. Masturyono and Deputy for Instrumentation, Calibration, Engineering and Communication Network, Drs. Untung Merdijanto. Satya Lancana Wira Karya is one of the most prestigious and highest civilian awards constituted by the government to recognize Indonesians with outstanding contributions and achievements for the country.