Jakarta, Indonesia, 27 March 2021 - The 2nd International Conference on Tropical Meteorology and Atmospheric Sciences (ICTMAS) has been successfully held virtually from 23 to 25 March 2021. This event has been organized by Indonesia Agency for Meteorology, Climatology, and Geophysics (BMKG), IPB University, and School of Meteorology, Climatology and Geophysics (STMKG). The aim of this conference is to share recent findings and knowledge on meteorology and atmospheric science of tropics, especially over the Maritime Continent. This event was followed by hundred participants via Zoom Meeting and has been viewed by thousands of viewers via Youtube. This conference is also one of the series events held by BMKG to celebrate the 2021 World Meteorological Day which occurred on 23 March 2021.

On the first day of the event, there was welcoming speech from Prof. Arif Satria (IPB University Rector) and opening speech by Prof. Ir. Dwikorita Karnawati, M.Sc., Ph.D. as the Head of BMKG. The first keynote speaker is Minister of Research and Technology/BRIN Prof. Bambang Brodjonegoro. In his speech, the minister explained the need for research on disaster mitigation including atmospheric science to tackle climate change. He encouraged Indonesian atmospheric scientists to find the best way to deal with climate change and to prevent potential disasters, especially hydro-meteorological hazards which always occur in Indonesia. The second keynote speaker, Dr. Kunio Yoneyama from JAMSTEC emphasized three aspects for observation in the Maritime Continent: (i) the importance of in-situ air-sea interactions measurement, (ii) a development of new tool for air-sea interaction study, and (iii) a development of new style for field campaign under the COVID-19 pandemic. Whilst, the third keynote speaker, Prof. Dr. Thomas Djamalussin from LAPAN explained more about ongoing research and products from LAPAN which are related to atmospheric sciences. This first day of the event was attended by 876 participants from Indonesia, United Kingdom, and Japan.

The second day of the conference was opened by a plenary session conducted by Dr. Erwin Eka Makmur from BMKG. In this session, there were 7 speakers from various institutions with various topics delivered. Yus Budiyono, Ph.D from BPPT talked about the reality application of Disaster Early Warning System. Dr. Rahmat Hidayat from IPB University explained about the South Pacific Convergence Zone (SPCZ) and its influence on rainfall variability over the Indonesia area. The third speaker was Dr. Urip Haryoko from BMKG who presented Indonesia's readiness towards implementation of high quality global data management framework of climate (HQ-GDMFC). Prof. Adrian J. Matthew from University of East Anglia, UK presented about propagation and growth mechanism for Convectively Coupled-equatorial Kelvin Waves (CCKW). Dr. Gert-Jan Steeneveld from Wageningen University, The Netherlands talked about exploring the potential of smartphones to measure air temperature. Dr. Paul Davies from UKMO presented about the next step of Impact Based Forecast (IBF) and its warnings delivery. Whilst, our last invited speaker is Dr. Erma Yulihastin from LAPAN who talked about the propagation convection system of early morning precipitation peaks (EMP) over the northern coast of West Java. This session was participated by 861 attendees from Indonesia, Argentina, Australia, United Kingdom, Japan, Malaysia, and Malawi. Whilst, the parallel session which was run after the plenary session was only attended by 205 participants, 123 male and 82 female. They were divided into five breakout rooms of Basic Science on Room 1, Modeling on Room 2 and 3, Observation on Room 4, and Services on Room 5. In total, there were 38 presenters from various institutions such as BMKG, University of Leeds, ITB, Andalas University, STMKG, LAPAN, IPB University, Semarang University, BPPT, and Gadjah Mada University.

The last day of the conference was run in the morning of 25 March 2021 to adjust the invited speakers who mostly came from the United States. Dr. Perdinan from IPB University was charged as a moderator for the plenary session. In total, there were 8 invited speakers who talked mainly about air-sea interaction, from observation to modelling study for this session. Dr. Sandro Lubis from Rice University talked about regional influence of equatorial waves on extreme rainfall in Java, Indonesia. Prof. Scott Glenn from The State University of New Jersey presented his recent results from the North Atlantic Hurricane Gilder Picket Lines. Prof. Courtney Schumcher from Texas A&M University presented her results about topographic influences on rainfall over Sumatra at multiple time scales. Song-You, Hong, Ph.D as a NOAA Affiliate Scientist told us about a non-hydrostatic spectral-element dynamic core for global weather forecasting which is developed by KIAPS, South Korea. Dr. Chidong-Zhang from PMEL-NOAA gave a presentation about the coastal transition zone over the Maritime Continent. Dr. Moteki Qoosaku from JAMSTEC, Japan reported the results of YMS Cold Surge Observation (CSO) during the period of 8 January to 8 March 2021 in Indonesia (Soekarno Hatta and Pangkal Pinang observation). Dr. Mori Shuici who also comes from JAMSTEC shared his results about convection and lightning overs southwestern coast of Sumatra Island, Indonesia during the Pre-YMC 2015 and YMC-Sumatra 2017 field campaigns. Our last invited speaker is Dr. Weidong Yu from Sun Yat-Sen University, Zhuhai, China talked about the onset of the Indonesian-Australian Monsoon triggered by the first eastward-propagating MJO. Due to this session being running in the very early morning, only 598 participants attended the session. As for the parallel session, the conference even had the lowest number of participants with a total number of 193 people divided by 100 male and 93 female participants. In this parallel session there were 5 breakout rooms splitted into Modeling (Room 1 and 2), Observation (Room 3 and 4), adn Extreme Events (Room 5). In Total, there were 35 presenters from LAPAN, University of Reading, IPB University, BMKG, Tokyo Institute of Technology, University of Indonesia, Université de Ličge, Tohoku University, ITB, JAMSTEC, and University of East Anglia.

Beside the oral presentation, this conference also had poster sessions which can be visited, rated, and commented by website visitors. There are 98 posters displayed on our website. They are divided into 12 posters of basic science, 26 posters of observation, 35 posters of modelling, 4 posters of services, and 21 posters of extreme events topics. The poster creators are from various institutions such as BMKG, LAPAN, ITB, IPB University, Tanjungpura University, Diponegoro University, and so on.

In the end of the conference there was a closing remarks delivered by the Head of Centre for Research and Development BMKG, Dr. Nelly Florida Riama, M.Si. She appreciated and thanked the speakers, researchers, students, and other participants who enthusiastically attended the conference. She also thanked all the committee members who successfully organised the event. At the end of her speech, she also announced and congratulated the best oral presenter and best poster presentation for each topic. Finally, she wished to meet all participants in the next ICTMAS which may be held offline in 2023 in Bali. 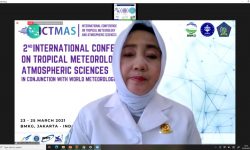 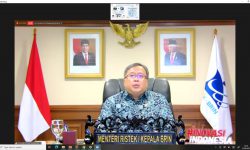 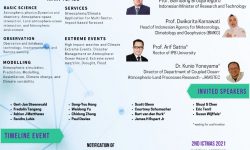 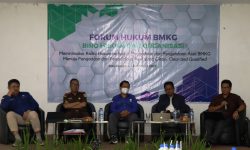 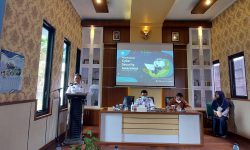 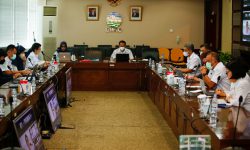 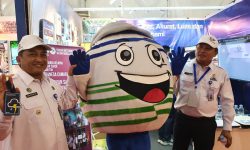 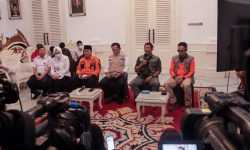 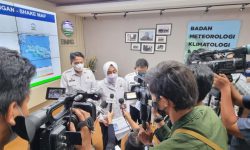 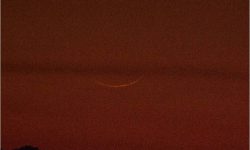 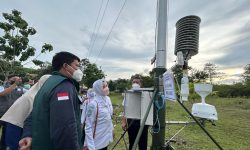