International Workshop on the Madden-Julian Oscillation in Chengdu, China (6 - 9 August 2016)

The Madden-Julian Oscillation (MJO) is an important element of the weather-climate system. Its role in connecting tropical and global weather-climate has been increasingly appreciated. During the past three decades, several field campaigns were conducted in the tropicsthat haveadvanced our knowledge ofthe MJO, including its initiation, maintenance, and propagation (TOGA COARE, MISMO and DYNAMO). A future two-year (2017 - 2019) field campaign "Years of the Maritime Continent (YMC)" is planned that will build on these previous efforts. One of itsobjectives is to improve our understanding of the Maritime Continent barrier effect on eastward propagation of the MJO from the Indian to Pacific Oceans.A pressing need exists to synthesize our current understanding of dynamics of the MJO, its impacts onglobal weather-climate, and its predictability.

A workshopis planned that aims to bring scientists around the globe to have in-depth discussions onthe current status of MJO studies. The workshop will focus on the following topics: 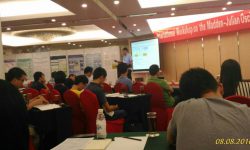 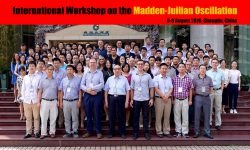