In preparation for Indonesia-Japan Joint Research on the Precipitation Mechanism on and off west coast of Sumatera, a team comprised of Dr. Shuichi Mori (JAMSTEC), Dr. Reni Sulistyowati (BPPT), and Sri Noviati, S.Si (BMKG) was conducted a survey in Bengkulu on 26 to 29 July 2017. The team went to three sub-districts in Bengkulu, namely Seluma, Northern Bengkulu, and Center Bengkulu to seek for the best location to place the BPPT's multi-parameter radar for the joint research activity planned in November to December 2017. This radar has the capacity to scan the area up to 500 km radius, and observe various weather parameter, namely wind speed, raindrop particle, temperature, pressure, and forest fire smoke. In addition to the planned activity, an Automatic Weather Station (AWS) will be set in Enggano island on September 2017.

Within the three day survey, a coordination with the Head of BMKG Fatmawati Meteorology Station, Mr. Agus had been conducted as well to discuss the overall plan, particularly JAMSTEC plan on the observation of ozone and water vapor during the campaign using ozonesonde and water vapor sonde. 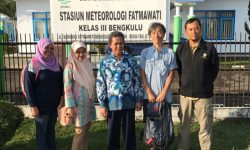 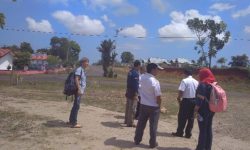 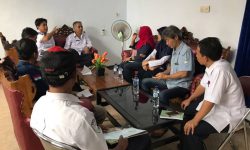 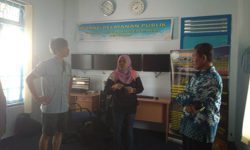 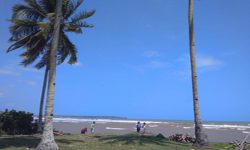